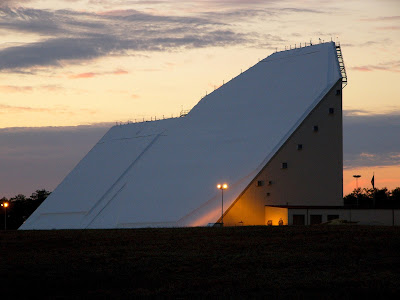 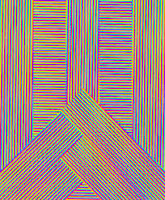 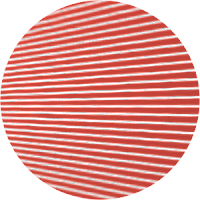 Where was this photo taken? 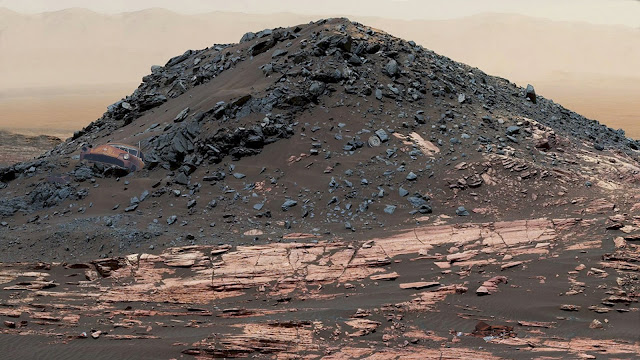 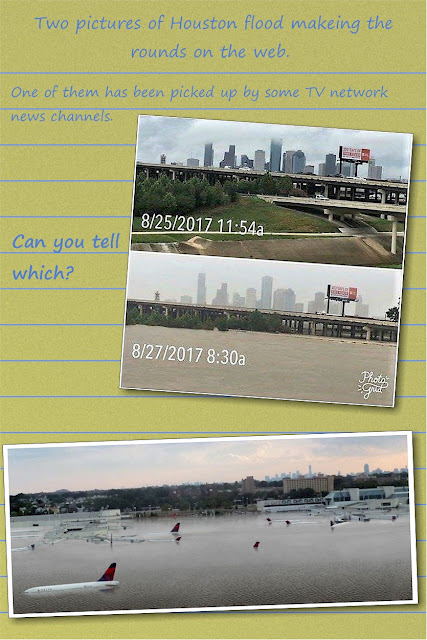 For the 7/29/2017 show I'll be talking about fake news on the web and being a Microsoft insider.

Teaching an AI to draw "Me".
Here is a gif  animation I created from just a few snapshots of an AI as it learns to paint a picture of  me. The first picture it outputs is just a grey square 200 by 200 pixels. Each attempt is compared to a picture of me and the AI is told how close it is to looking like me. I let the AI try 500,000 times. It took 3 hours. Considering that the AI only has 123 neurons, it did a pretty good job. It would need to have at least 4,000 neurons to paint an exact copy of the photo, but that is not the point. I just wanted to get a feel for how it learns.

I didn't use a massive super computer with billions of cores. I used my quad core Surface Book.
I didn't write any code. I used a Javas script AI that runs in a browser. The browser page lets you change a few lines of code to increase the depth and size of the neural networks and see how it relates to the speed and quality of the learning process,
If you want to watch AI's learning to play games, recognize characters, draw pictures and more, you can start here,   http://cs.stanford.edu/people/karpathy/convnetjs/index.html
Posted by Bob Grosh at 4:01 AM No comments:

Predicting the future with AI.

Here are some one second tiny videos generated by AI from a single frame.

You can find more at http://carlvondrick.com/tinyvideo/

In the windows explorer detail view you can sort your files by date created. Just click on the "Date Created" column heading.

Did you know you can also sort by date modified or date accessed?

Date modified is easy. Right click on any column heading in the detailed view of file explorer. Then add a check in the box next to "Date Modified". A new column will be added to your details view.

You might want to drag that column heading next to the "date Created" column.

Now finding a photo you cropped or tweaked a couple days ago is easy. Click the "Date Modified" column heading to sort the files, and it will be near the top of the list.

Now about finding a photo or document you loaded, but did not edit?
Right click a column heading. At the bottom of that list is "more", click it. Scroll down and locate "Date Accessed" and check it's box.

Now you don't have to edit a document or photo to have the date updated. Simply opening a photo or document will alter its "Date Accessed". Go ahead, Try it!

What! You say it doesn't work?

That is because Microsoft disabled the updateing last accessed date startin with windows 7.
You need to turn it back on.

Now, if you open a file and close it without modifying it. the Date Accessed column can be sorted to find the file.

On Patriots day I replaced my green lawn furniture with my American flag chair, inviting neighbors passing by to stop and chat. Many were surprised that it is a holiday. To my dismay, Google has removed it from the holiday calendar and has no google doodle on patriots day. Their excuse is that, in the past, many users found the flag to be offensive.
Posted by Bob Grosh at 5:23 AM 3 comments:

These two photos were taken 56 seconds after 07:30 AM, The exact second of sunrise at the tree's longitude.
﻿﻿

To find an accurate sunrise time, go to http://sunrise-sunset.org/

That site will most likely give you the exact second of sunrise at the center of the street in front of your house. ﻿ 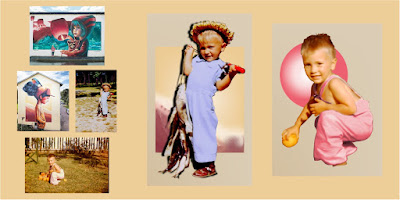 Inspired by a French artist that paints kids on buildings, I took some of my dad's slides and did a little modification. Fun! and not that hard. Find something that inspires you and see if you can apply it to your family photos.
Posted by Bob Grosh at 5:39 AM No comments:

Now that Clyde ( the robotic mower), takes care of the tiring job of trimming the grass, I have the time and energy to fix the flower beds.

I started with trimming the bottom branches of the magnolia, adding edging and flowers... 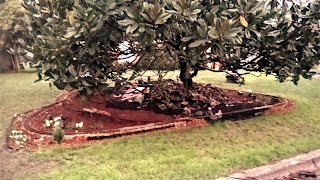 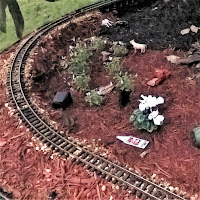 Here is a little video.
Posted by Bob Grosh at 4:12 AM No comments: